Panti Bliss and Tara Flynn go back-to-back in a double bill of two brand new shows in one hilarious and moving night out – for a limited run at the Abbey Theatre, on the Peacock stage:

THISISPOPBABY return to the stage hot off the heels after a sell-out run of their hit show WAKE at the National Stadium, to create two incendiary new shows for the national theatre. Teaming up with two of Ireland’s comedic giants, performance legends and bona fide national treasures, Panti Bliss and Tara Flynn go back-to-back with two solo shows in one hilarious and moving night out. Ripping up the Abbey Theatre’s Peacock stage this November is a soaring double bill from these celebrated artists who have both contributed to Ireland’s extraordinary recent social change and brought down the houses over the years with their smash hit shows.

IF THESE WIGS COULD TALK is written and performed by Queen of Ireland, Panti Bliss. Over seven years since Pantigate, Ireland’s Marriage Equality Referendum, and the international smash hit High Heels In Low Places, Panti is shaking out her oversized wigs and re-boning her corset to bring her unique brand of ridiculous anecdotes to the Peacock stage.

If These Wigs Could Talk meets Panti, a drag queen at 53, after a lifetime of showbiz, shenanigans and making a show of herself, taking this moment to question what her purpose and place in the world is now. Via salacious stories, impassioned polemics, some seriously funny soul searching and a few unvarnished truths, Panti takes us from rural Mayo to London’s glittering West End to the Ambassador’s residence in Vienna, where along the way the answer to her question presents itself when she least expects it. Panti warmly invites you to learn from her mistakes, laugh at her failures and revel in her triumphs.

HAUNTED is by “fame-adjacent” actor turned advocate for the campaign to Repeal Ireland’s 8th amendment (you know, ‘mouthy’)  – Tara Flynn. After the country voted Yes in 2018 and the whirlwind of publicity and abuse died down, Tara finds herself crashing down to the floor searching for her marbles. Down there, she realises the whirlwind has conveniently kept her from dealing with the death of her dad. Nothing for it now but to face it. All of it!

Following on from the success of Not a Funny Word (2018), Haunted is an extraordinary, moving and funny tale of grief, campaigning for civil rights, the offline impact of online abuse and fighting to tell your own story. It’s a story of resilience... and a search for marbles!

“Essential viewing, and a joy to watch” - The Irish Times [on Not A Funny Word]

Both shows are directed by Phillip McMahon, long time collaborator of both Panti and Tara Flynn and co-director of THISISPOPBABY’s recent smash hit, WAKE.

This double bill presentation with the Abbey Theatre will close off an incredible 15-year anniversary year from theatre renegades THISISPOPBABY after their back to back successes of SHIT by Patricia Cornelius, Directed by Jennifer Jennings (March), Party Scene by Philip Connaughton & Phillip McMahon (June) and WAKE by Jennifer Jennings, Phillip McMahon and Niall Sweeney (September).

Panti Bliss’ If These Wigs Could Talk and Tara Flynn’s Haunted are two unmissable new theatre shows playing at the Abbey Theatre this November for a limited run only. 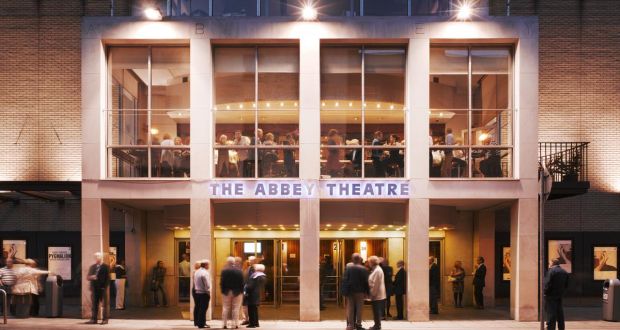